A glimpse into Dana Johnson’s acclaimed new collection of stories set in the heart of Los Angeles that explore love, class and race in intimate and daring ways.

For their anniversaries, other women get, what? Like a box of chocolate and roses if they got a boring boyfriend, or dinner at the Olive Garden or someplace like that if the guy’s half-trying. A stuffed animal? Or even jewelry, if he’s for real. Not no cheap bastard. Something. Me, I get something else not even close. I get Bobby coming home from work a few weeks before, telling me somebody there at the gym has a crush on me. He was all excited, grinning like he had new teeth and wanted to show them off.

I didn’t get what he was up to. Not because I wasn’t hella smart. I was. Bobby admitted that one time after we did it for an hour in the desert, in Palmdale somewhere, in the middle of nowhere. I’d taken this astronomy class at L.A. City College because I had a lot of time on my hands, and I was learning a lot about stars and stuff. I told Bobby about how all the stars were just distant suns and that the sun we saw in the daytime was just the largest of all the suns; of all a hundred billion suns—at least. The largest object in our whole big crazy solar system. He squeezed me really hard. “Damn, you’re smart,” he said. Bobby waited til I gave him a big sunshine smile, and then he said, “But everybody ain’t perfect.”

But lately I was hardly smart enough to know what he was up to anymore, because since his brother had died, Bobby treated everything like a big hurry. He didn’t take time for anything—or when he did, it was like he forgot why he was taking the time in the first place. He was treating his life like something he wanted to get over with, to do, but not to see.

Excerpted from IN THE QUITE NOT DARK: STORIES by Dana Johnson, Counterpoint, LLC / Soft Skull Press, 2016. 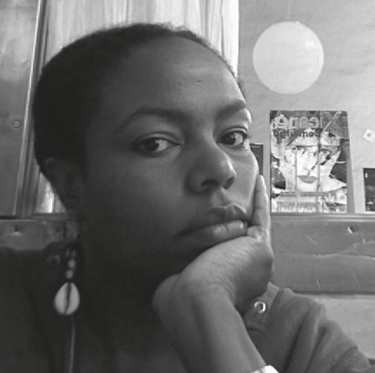 Dana Johnson is the author of Break Any Woman Down, which won the Flannery O’Connor Award for Short Fiction and was a finalist for the Hurston/Wright Legacy Award. Born and raised in and around Los Angeles, she is an associate professor of English at the University of Southern California. She is the author of: ELSEWHERE, CALIFORNIA: A NOVEL and IN THE NOT QUITE DARK: STORIES.

Begin typing your search above and press return to search. Press Esc to cancel.